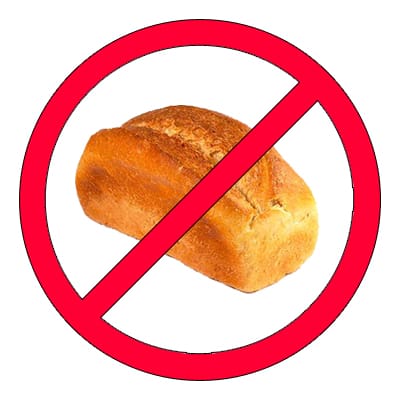 “People have been eating bread for 5000 years, and now suddenly everyone is allergic to it.”

I have seen this written so many times so finally I have decided to sit down and write something to address it.

One of the biggest objections people raise about changing their diet come from the removal of bread. “I can’t have sandwiches for lunch?” No, not if you want to get well. “I don’t understand, people have eaten bread for centuries”, you are right they did, but it wasn’t like today’s bread, in fact it didn’t even look the same.

Let’s dig into it because there are many reasons why the bread of today is not healthy and it can cause some problems that have been overlooked.

First lets go back 5000 years.. Bread was the product of locally grown grains, hand ground and milled, combined with fresh ingredients and yeast then fermented for hours or days, baked and eaten that day or at worst the following day. It went stale in a day. Bread of today is nothing like this bread.

Fermentation is a critical part of this description. Fermentation is a process whereby bacteria or yeast break down starches and sugars in foods or beverages. The fermentation process also breaks down food based toxins called lectins. Old methods of preparing bread allowed the bread to ferment for hours or even days destroying most of the troublesome lectins, which were binded to the plant starches and sugars. Today bread is only allowed to ferment for minutes or not at all with fast acting yeast and additives. This is nowhere near enough time to destroy the lectins.

Lectins are a form of plant judo, they defend the plant from assault and consumption. Some plants don’t really want to be eaten. Wheat is one of them, and therefore wheat is particularly high in lectins. It has now been identified that WGA, (wheat germ agglutinin) is the major problem modern breads. It is loaded with the stuff. Modern breads are sometimes supplemented with gluten or WGA to suit binding and rising purposes and to make bread more elastic like white bread.

WGA is particularly troublesome because it is a plant based insecticide, bactericide and fungicide. WGA can mimic hormones and bind to cartilage in joints.

Gluten is also a lectin, and it is significantly broken down in sourdough breads by the yeast. A person with celiac disease should avoid all gluten based lectins. For the rest of us, eating a sourdough bread made from ancient grains is not a bad food choice, if you can find it! I think they are making a comeback.

Back to bread and the wheat itself. The ancient grains are no longer really around. The traditional wheat has been modified numerous times over the years but was significantly altered by a plant scientist named Norman Bourlag. His grain hybrids were capable of larger yields on the same amount of land, and his hybrid species was adopted in mass to the point where all commercial flour is derived from these plant hybrids since the late 1960s. Modern wheat is particularly high in gliadin, and a specific type called Glia-α9 epitope is linked with celiac disease and is more irritating to humans.

Today, thousands of years later bread is baked in commercial bakeries, from flour outsourced from anywhere, treated with pesticides, herbicides, and preservatives.
It is combined with chemical agents such as azodicarbonamide, and bleach. Azodicarbonamide creates a situation where the gluten breaks down into its individual proteins called gliadin, and glutenin making them both more readily available and more likely to cause irritation and harm.

Grain of today is now particularly high in phthalates. These chemicals are used as solvents, and have made their way into our food supply in alarming amounts, especially grain.
Grain is then fed to animals, and people eat the animals. So if you are eating a lot of grain, and animals you are doubling down on phthalates which act as endocrine disruptors interfering with male fertility and sex hormone levels. Male reproductive capacity is at an all time low in part due to chemical contamination.Phthalates also block the thyroid hormone receptor. This is seen a lot when people have their thyroid hormones checked, all their levels are normal but they still feel like they are low thyroid. Think PHTHALATES, and stop eating grain especially wheat.

The proteins in wheat are tricky, they are particularly devious at sliding through the gastrointestinal barrier and into the blood supply, once there they create a cascade of bad responses:

Causing gastric distress and heartburn, one of the ways of getting off acid blockers is to go grain free and test your stomach acid levels.

This list can continue and likely will. Suffice it to say WGA, wheat germ agglutinin found in modern bread is a bad actor and should not be eaten in significant amounts or at all.

There are also lectins in other grains, and in nightshades. These should also be limited or avoided. Rice has lectins as well. The best rice to eat is white rice, especially basmati white rice since it is lowest in lectins.

The reality is today’s bread is nothing like the bread that sustained millions of people years ago. The only lasting similarity is that it is made from wheat, and it is still called bread, literally everything else is different.

Modern bread has a problem do to modern baking and breeding practice of the grain, as well as the addition of pesticides, herbicides, additives, rising agents, and preservatives.

People who eat a lot of bread these days tend to get addicted to it, overeat it, and gain appreciable body fat. Bread tastes great, it’s easy to eat too much and get a rapid rise in blood sugar and then insulin levels. I have seen quite a few overweight vegans and vegetarians primarily because of high bread consumption.

You can eat bread in moderation, however it should no longer be viewed as a staple of a diet unless you are baking your own bread from an ancient grain like spelt and fermenting it for several hours before baking much like our ancestors did thousands of years ago. If you are doing that please invite me over, I would love to break bread with you.

Dr. Joel Gator Warsh believes in an integrative approach to healthcare. He works with a wide variety of specialists and holistic practitioners.

How Moms-to-Be Can Prepare for the Amazing Journey of Motherhood
July 26, 2019

Stress and Digestion: Could The Way You Eat Be Adding To Your Stress?
February 20, 2019

Sunup to Sundown: Your Activities Affect Your Sleep Routine
January 30, 2019

Why You Should Be Thinking About Air When You Think About Your Family’s Health
December 22, 2018

Integrative Pediatrics and Medicine
Dr. Joel Gator Warsh believes in an integrative approach to healthcare. He works with a wide variety of specialists and holistic practitioners.